douglas_clark Member Posts: 11 ✭
May 2020 in Community Support
Referring to the picture below.  Of the 4 blue elbows 2 (1 and 4) of them are in the wrong position.  You can see that they are part of the Cooling System sub-assembly.
If I attempt to drag the elbows about in the workspace then they will not move. 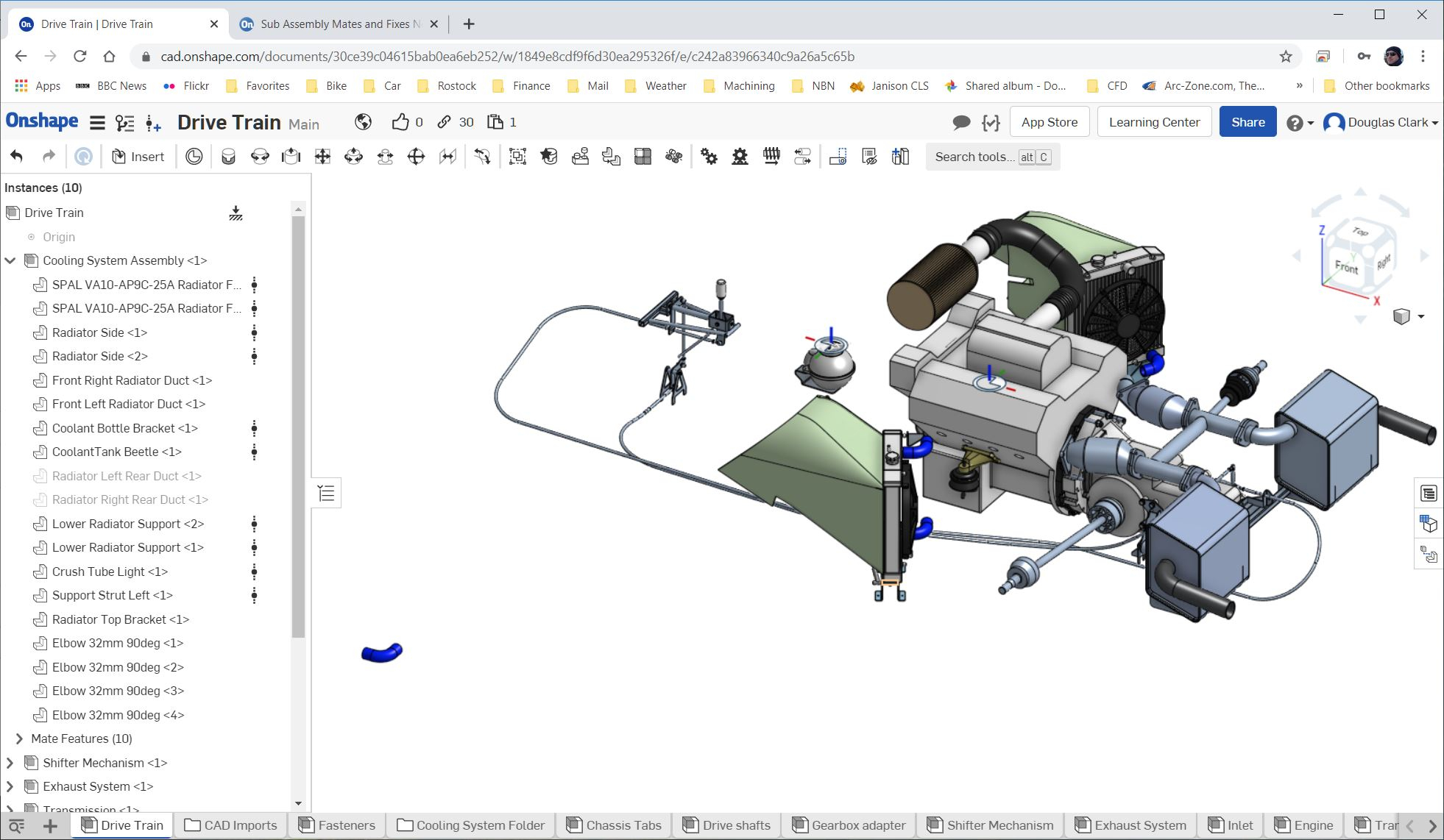 If I go through to the Cooling System sub-assembly the parts are in the correct place.  As shown in the picture below.  The elbows are held in place by mates to the radiator but the radiators are held in place by a group mate to a fixed part.  I do not think it is a version thing as if I insert another part into the sub-assembly and then go to the main that is shown directly without rev-ing up the version. 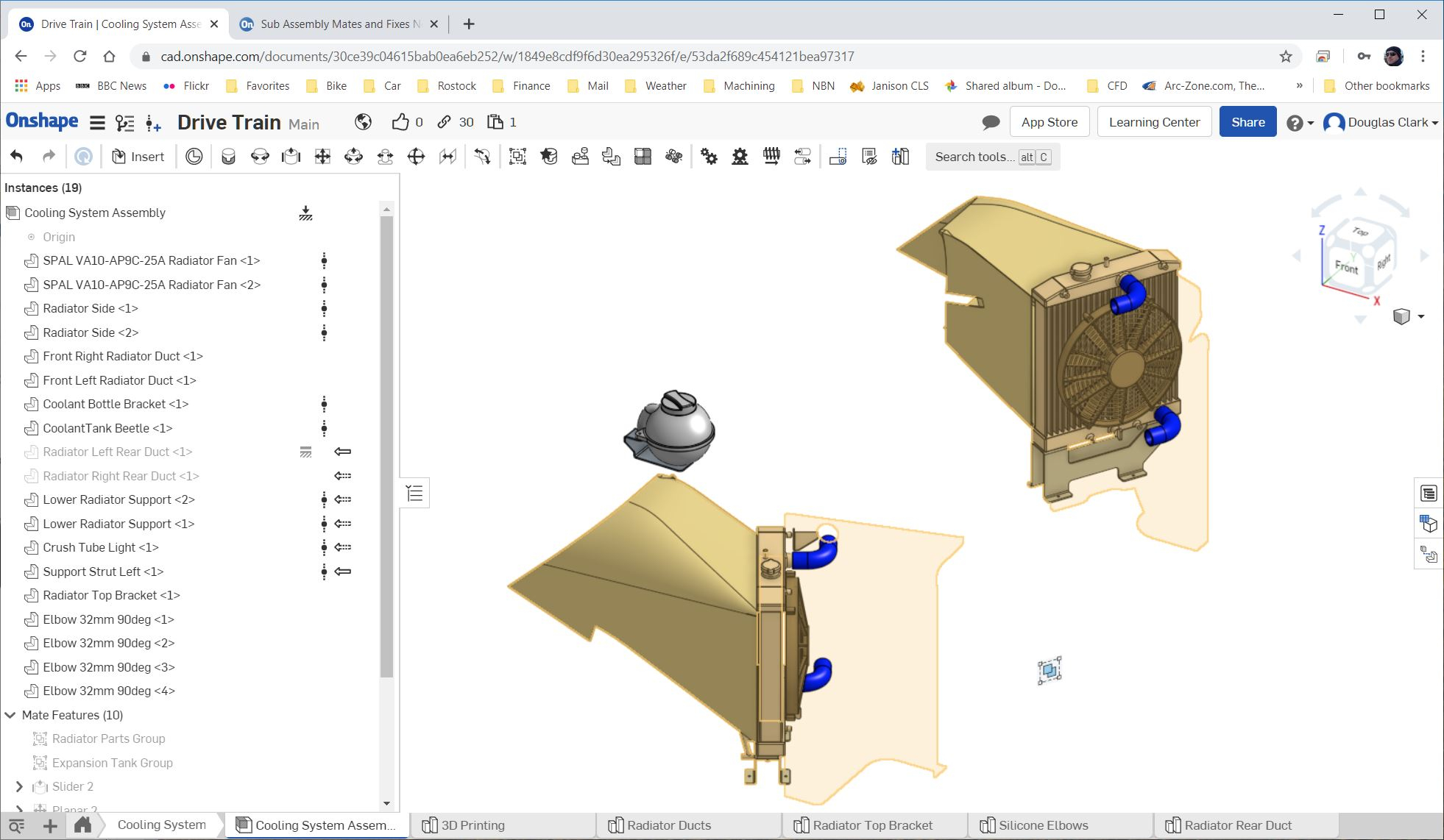 I've found if I modify the offsets in the mates to move the parts in the sub assembly then that has no effect on the main assembly but when I deleted the 2 parts and replaced them and recreated the mates as before then they came through correctly into the upper level assembly.

so I am at a loss to know why it wasn't working the first time, any ideas?
Tagged:
0