Anyone need a hand?

Here's my Onshape model of a human hand. (Left hand only at the moment.) Please feel free to link or copy the document and if you like it, please “Like” it.

It's roughly based on my own left hand (geometrically that is). Set up with various poses, skin and nail colours and two nail shape options.

I hope you find it useful or at least fun. 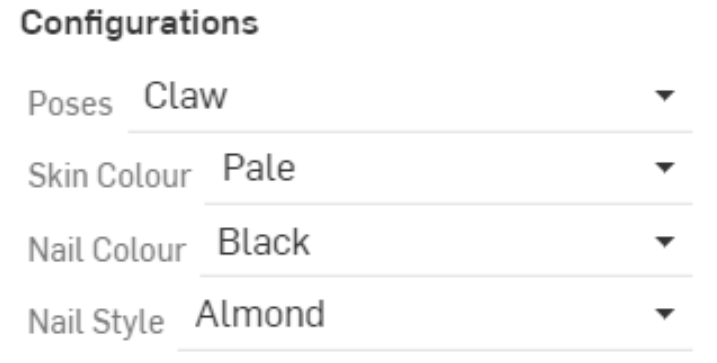 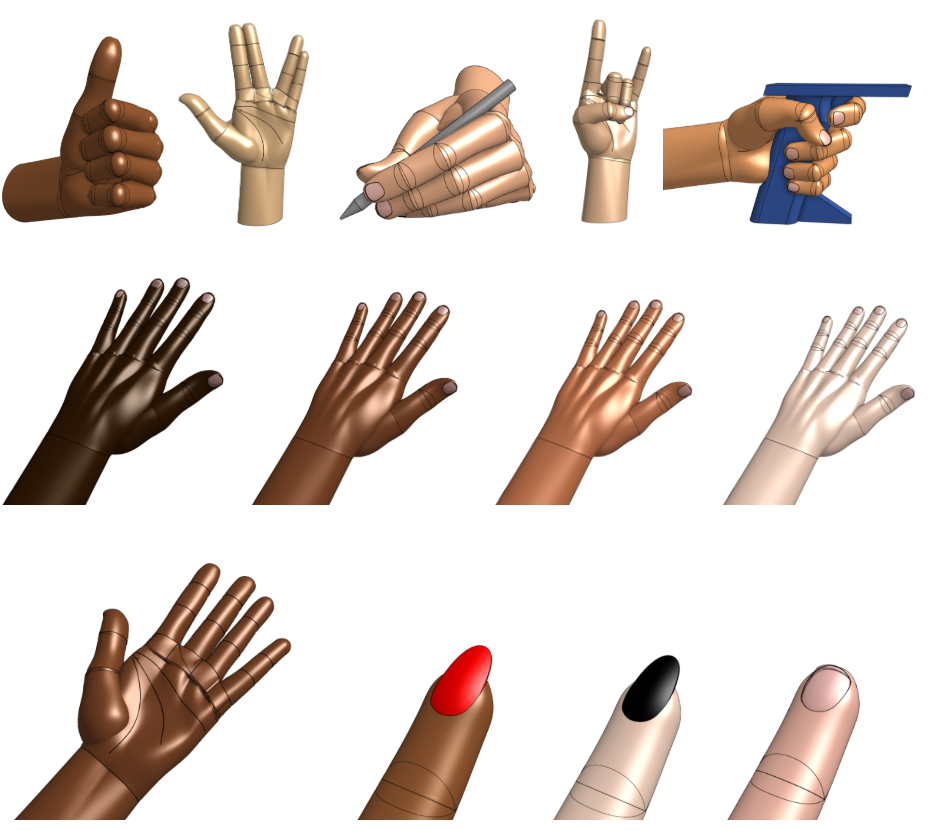 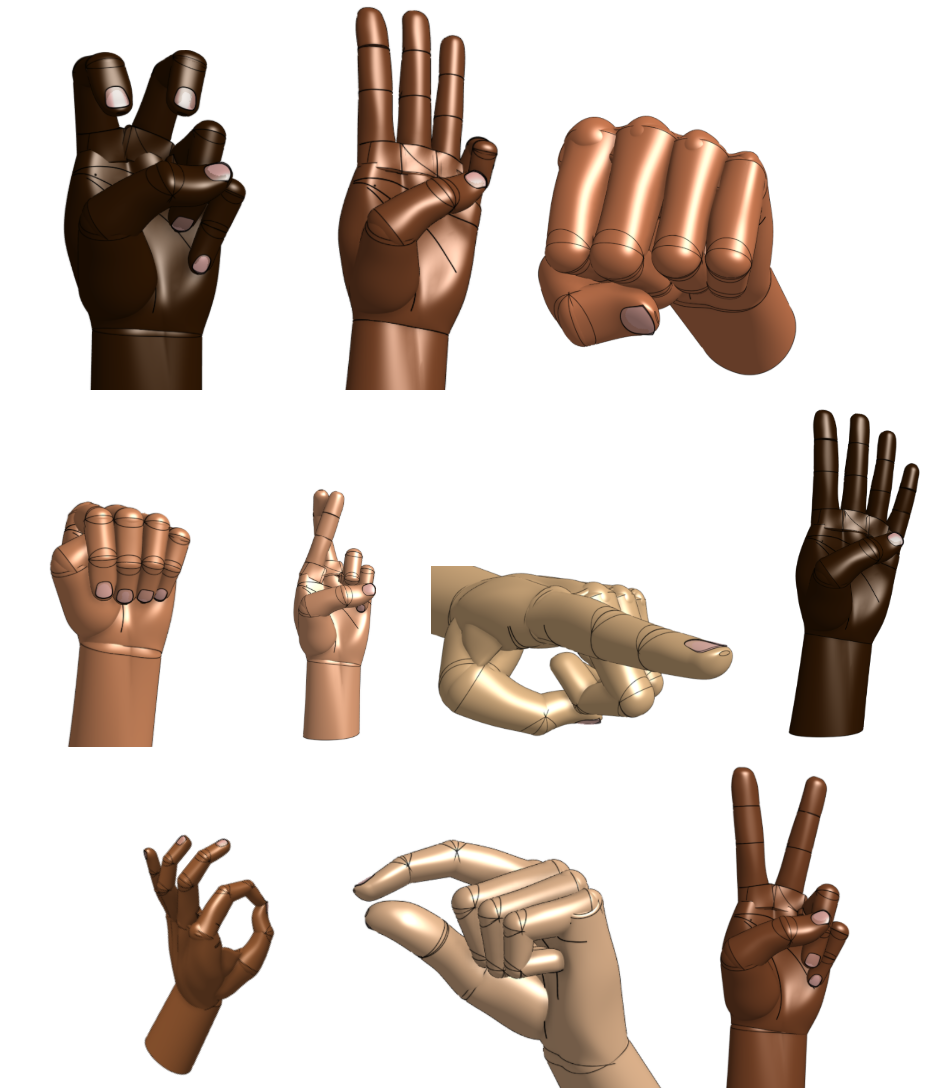 The model is far from perfect. If starting from scratch, I’d create it differently as it was somewhat haphazardly cobbled together.  I’ve no particular expertise in Anatomy, Physiology or Orthopedics, therefore positions of joints may be slightly “off”, making some of the poses look a little unnatural. It‘s also subject to the peculiarities of my own hand size and shape. Finally there’s a little bug that needs addressing. (The Thenar Web mates)

However I hope that the quality is good enough for most.  The colours were chosen arbitrarily to represent a broad range of the population. The poses are based on the hand emojis of apps like “WhatsApp” with what I hope are some useful and interesting additions.

A Right Hand. Mirroring the parts is easy enough. The assembly set-up takes a little longer. (I’ve heard talk of mirroring assemblies. I hope it’s in the pipeline and not just a dirty rumour!)

More Poses.  It’s a pity the “Named positions” aren’t accessible when linking the doc. This would make it far quicker to add new ones. Creating the Poses configuration table was one of the most time consuming aspects of the project.

Grafting onto a Body!  ErgoMan needs some hands!

More Ergonomics? I’d love the ability to vary the hand proportions and size.  But I’d want to remodel from scratch; a huge project for which I don’t have the time unfortunately.

The “Free”  pose configuration allows free-drag movement within a constrained range which hopefully allows most hand gestures. Due to the set-up the hand can be contorted into strange looking positions... 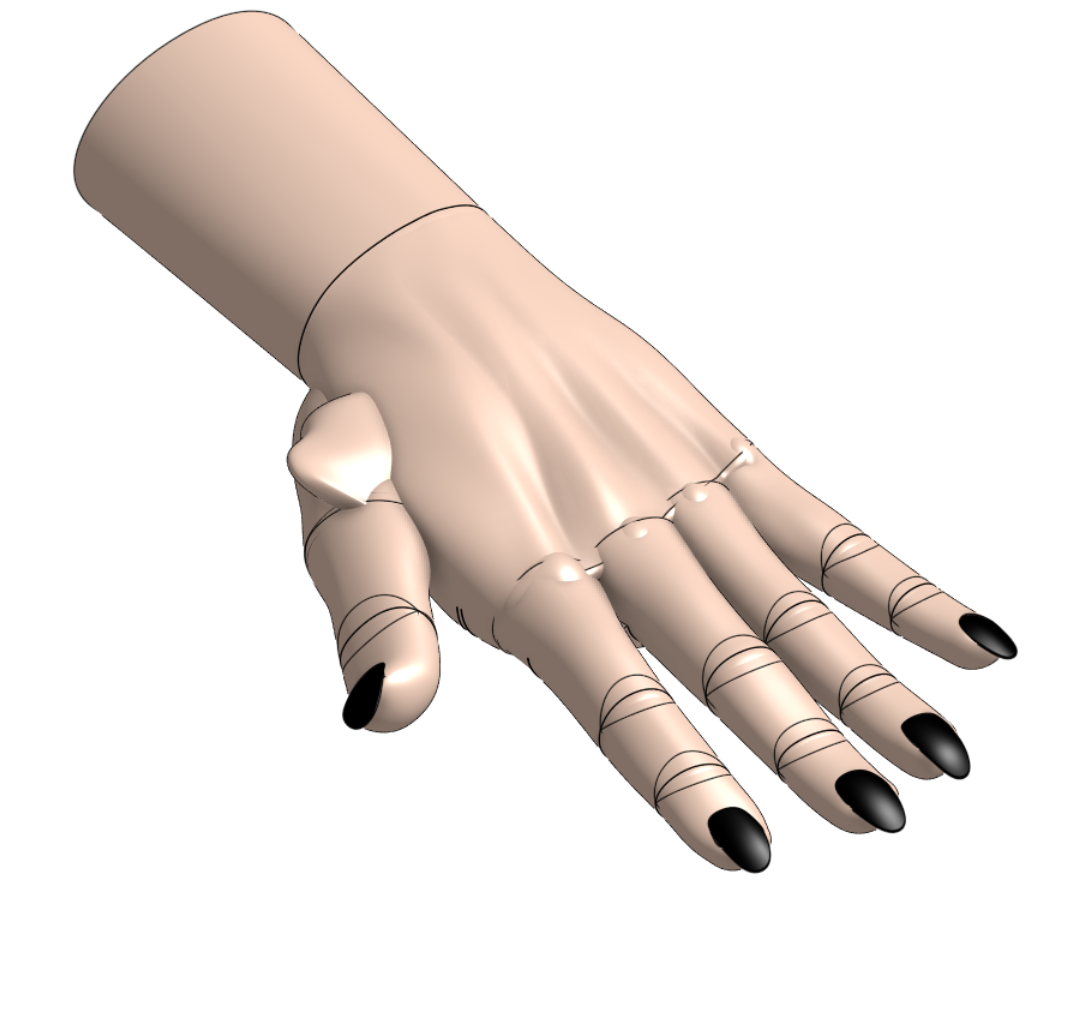 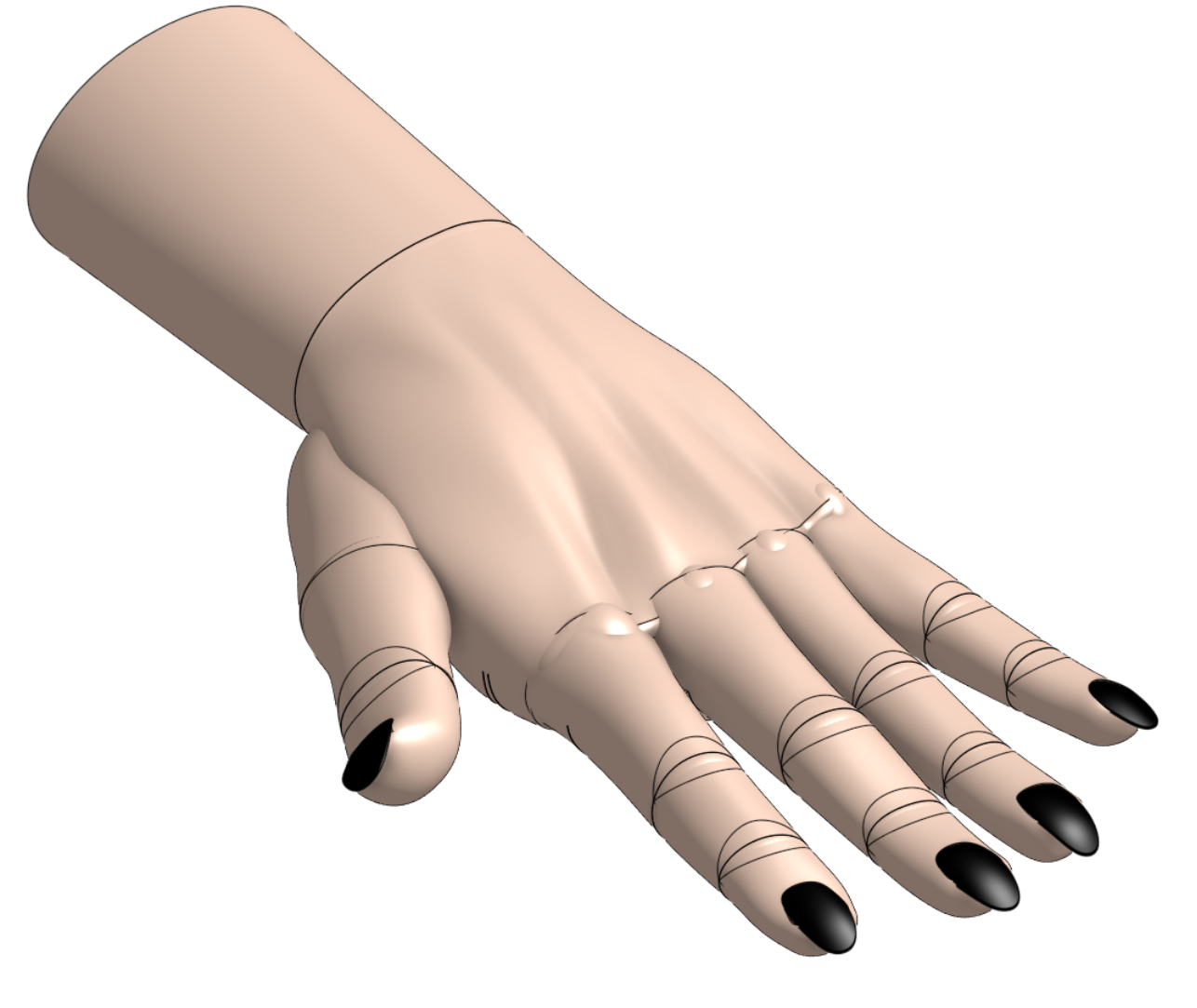 The Thenar Web is the fleshy bit in between thumb and index finger. Its position is defined with a revolute mate on the thumb base and a tangent mate on the palm. This mate combo has 2 solutions leading to instability so can sometimes flip 180 degrees. When it pops out (as per the image above left) please check the box, rotate it roughly into place and uncheck.

Neil Cooke provided a nifty feature script to facilitate colour configuration. This was developed by Evan Reese, whose FS I have used. Thanks to both!

Bruce Bartlett suggested the workflow of configuring Revolute ranges for poses. Thanks Bruce!

Finally, thanks to the Onshape team for developing such a fantastic environment in which to design.