Evan_Reese Member Posts: 1,293 PRO
March 30 edited March 30 in General
I've been wanting this one for a while, so I finally got around to making it! This is riff on the native Linear Pattern feature that adds arrow manipulators, options for patterning based on total length or referencing other geometry. It also adds a third direction to the pattern. Enjoy it and let me know what you end up using it for! 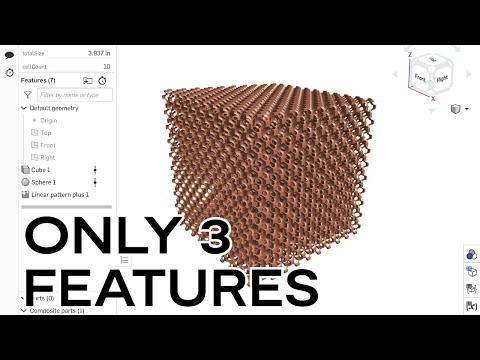