reg_neufeld Member Posts: 9 ✭
March 2016 edited March 2016 in Community Support
I have been using Turbocad for number of years mostly 2d work and some 3d stuff.  I heard about this program so thought I would give it a try.  It has some really nice features but I am struggling with i'm sure a pretty simple issue.  Going through the exercises I run into issues and not sure how to solve them.  In this case i have done the first part of the sketch the circles very basic and very easy.  I then added the lines which are supposed to be tangent to the circles.  I have tried 50 times with deleting the whole file and starting over and I cannot understand how the person that did the exercise got his lines to snap in the correct place and then have them all turn black.  I have had them turn black only to have a different one stay blue.  I have tried to click a line and then circle and hit tangent constraint but seems to do nothing and mostly it just gives me a message about needing 2 arc and one cannot be a line or something.  At one point the whole thing just went red so I deleted it all and started over.  The lines snap to the circle nicely and looks kinda like the instructions drawing but mine will not turn black or go all shaded.  I hover over lines and circles to see what constraints are attached but not sure if there should be a tangent symbol for every line end snapped to the edge.  Probably to much babbling so will quit and see if anyone has the time to help me out.  At this point I am feeling like I will never get it. 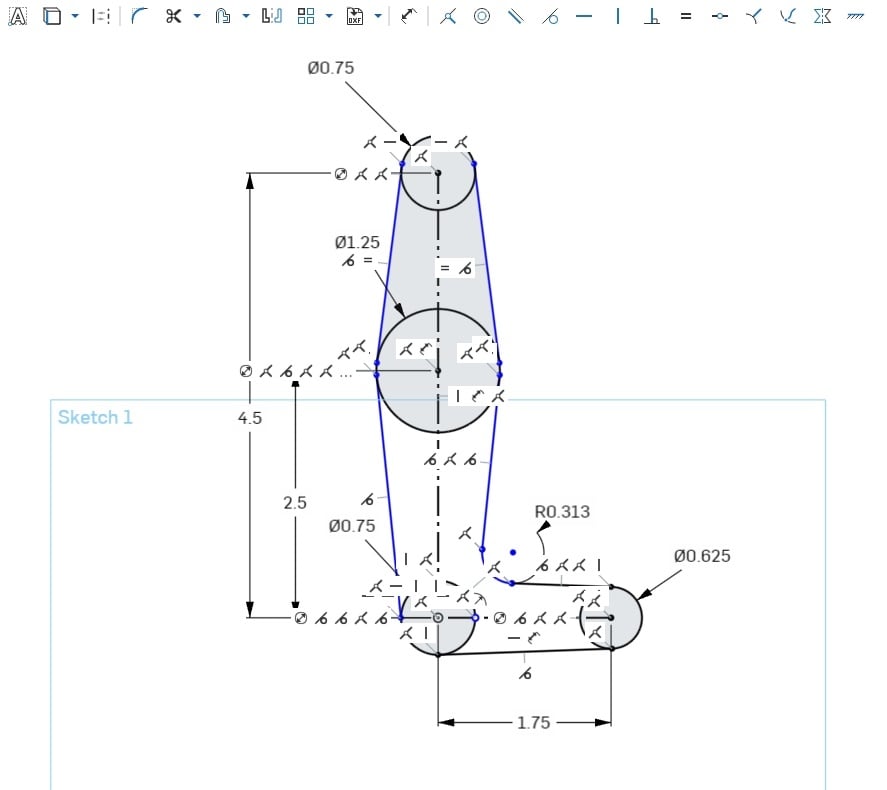