I taught a class of kids Onshape at a library

frank26080115 Member Posts: 19 ✭✭
July 2018 edited July 2018 in General
I volunteer at a library makerspace, and I am teaching a series of classes on building a robot, lesson #1 was on CAD to 3D print the robot's body, using Onshape. Most of it was actually done through many very short screen recordings, for practical reasons, since this is a library, more chaotic than a classroom setting. The object is really just about 7 rectangles and 6 holes, but I actually included concepts like constraints, mirroring, patterning, hopefully pulling people away from TinkerCAD before bad habits form 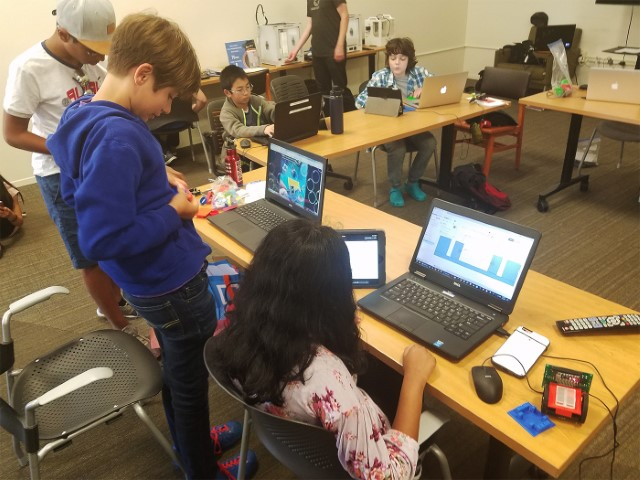 Read the full story here, it's a diary for that day, what went well and what went wrong, common mistakes, etc

http://eleccelerator.com/ssfpl_robotics_class_2018/3dcad.htm for just the CAD class

I know Onshape has their own tutorials but they really feel like tutorials meant for people who are moving between CAD software. Also it's nice to give them a 3D printed piece of the thing they are designing before they start, to have that connection from their actions directly translate to something physical.

If I could get some Onshape stickers to hand out, that'd be greatly appreciated.
EDIT: something went wrong with this post where the pic never shows up on my Chrome but you might've seen the same file uploaded 6 times because it never showed up for me, I noticed it on mobile. Apologies.
Tagged:
5