thomas_aa Member Posts: 19 ✭✭
May 2020 in Community Support
I'm trying to create ribs on a tilted cone, to form a tube connector. I want to be able to change the number of ribs, so I have created #rib_count. My problem is that I cannot get the ribs to change in number correctly.
I tried with a linear pattern within a sketch, but such patterns cannot use variables (I have read that e.g. reducing the number would delete sketch geometry).
Then I tried using a feature pattern. It works well for doing #rib_count number of ribs. Now my next problem is that I want a revolve to revolve all the ribs, but I cannot get revolve to pick up ribs when I increase #rib_count.
I have tried revolving first and then doing a linear pattern of the revolve feature, but then the ribs do not expand in size as they follow the cone.
How do I solve this?
Example. Try increasing #rib_count:
https://cad.onshape.com/documents/2df8b34ca6f5df0263f8ddec/w/822f4f79db5c11f17a61e41f/e/58bbd82a6bda0fad4dbb1ade 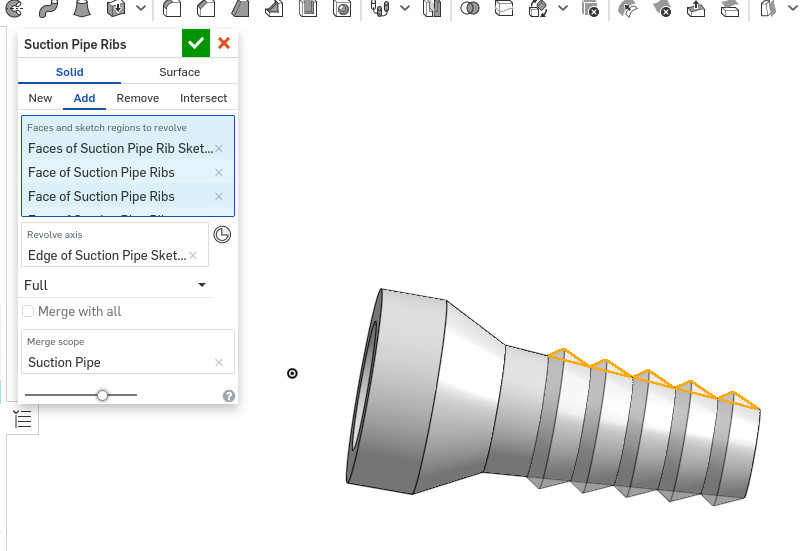