Evan_Reese Member Posts: 1,421 PRO
February 7 edited February 7 in General
Hi all, I've been sitting on this one for a bit, but decided to go ahead and make it public today. The feature takes a chain of curves and sweeps a round profile on them. You can size the wires based on the American Wire Gauge or a custom value. You can set the wire color in the feature. It also creates a custom table of all wire lengths, which could be helpful as a cut-list. Let me know if you end up using it! 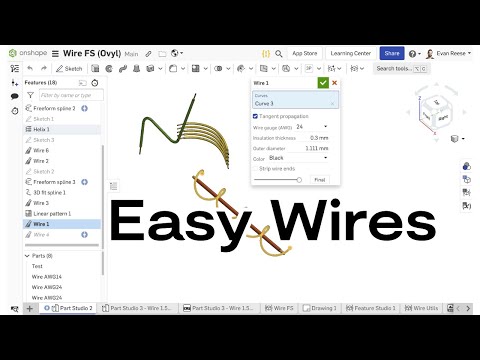