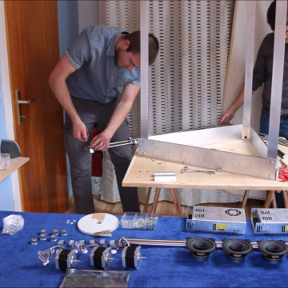 johannes_w Member Posts: 23 ✭✭
December 2018 in FeatureScript
Recently I had to design a guiding slot. The function was to transform a horizontal rotation of a ring into a vertical angle change of a pin. The basic concept looked like this: 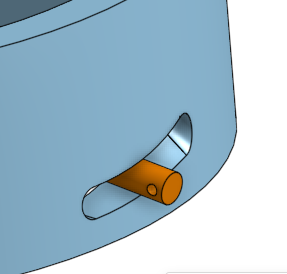 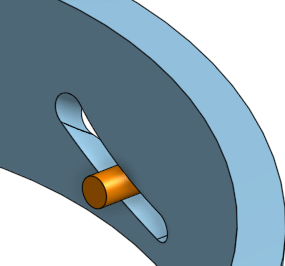 In CAM or real world milling, such geometries are no problem since you can define all axis of a tool and move it around as you please. But in the CAD design itself, it's a real pain. I managed to create the geometry by using several rotation cuts, a lofted surface which got thickened afterwards and finally a Boolean subtraction.
I've added the above example so you can understand the origin of my idea and my motivation. I started to program a custom feature which does a Boolean subtraction by moving a body in 3D space. With this feature, very complex surfaces could be created in a short amount of time without having to play around with curves, extrudes and subtractions. Simply put, a sweep which is able to use a 3d body. This is where I stand right now: 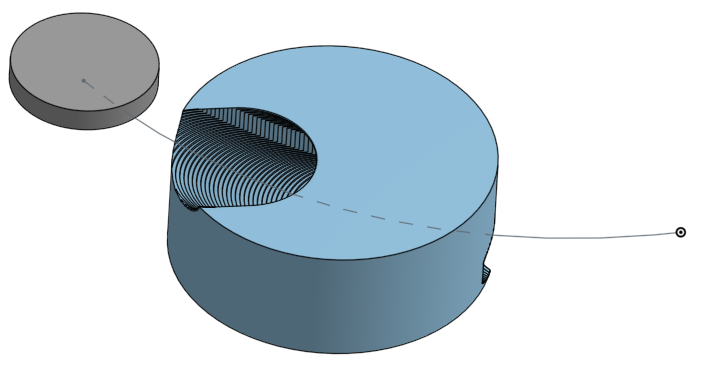 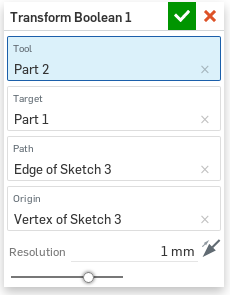 The procedure is to move the tool by certain increments along the curve and do a subtraction after every transform. It works better than expected but the resulting surfaces aren't usable since they are not tangential to each other.
@Jake_Rosenfeld and @NeilCooke already helped me with the transform along the curve. Now comes the tricky part, has anyone any idea/concept of how to smoothen the cut surface? I really appreciate any help and I hope I can create a stable and reliable feature in the end that's also useful to others. I've just got into featurescript.
Feature plans are to add the possibility of using several curves to define the orientation fo the tool. For example one curve that guides the tool by its origin and aligns the tool axis normal to the curve, and a second curve that defines the orientation of the tool.
0