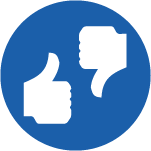 Today we are launching a way for you to request improvements and allow the rest of the community to vote on them. The goal of this was to keep the conversation here in the forums but allow improvements to be added into our support workflow so we can continue to notify those of you who have raised a hand for a similar request.  To do this we are using the same tool we use for our support tickets which has a nice integration for voting.
In some cases you might not want to post an improvement publicly, you can continue to send in your improvements with the ? menu in Onshape -> Feedback.  Here is a brief summary:

As always, let us know what you think.  If you want to be able to sort or filter by the number of votes or most recent, you can visit the Improvement engine site here: