shawn_crocker Member, OS Professional Posts: 28 PRO
February 8 in General
Why is this happening?  It happens almost every time I either fully release or submit a release.  In my notifications, I receive a notification of the status of the release and immediately after the "Part number propagation failed" notification.  The main reason this is an issue for me is because the configuration part number is not getting pushed into the main workspace when the error occurs.  The next time I create a release that would need to bump the revision of that configuration, onshape attempts to create a new part number because the part number row only exists in the original version.  I have not had much luck getting to the bottom of this problem working through support as of yet. 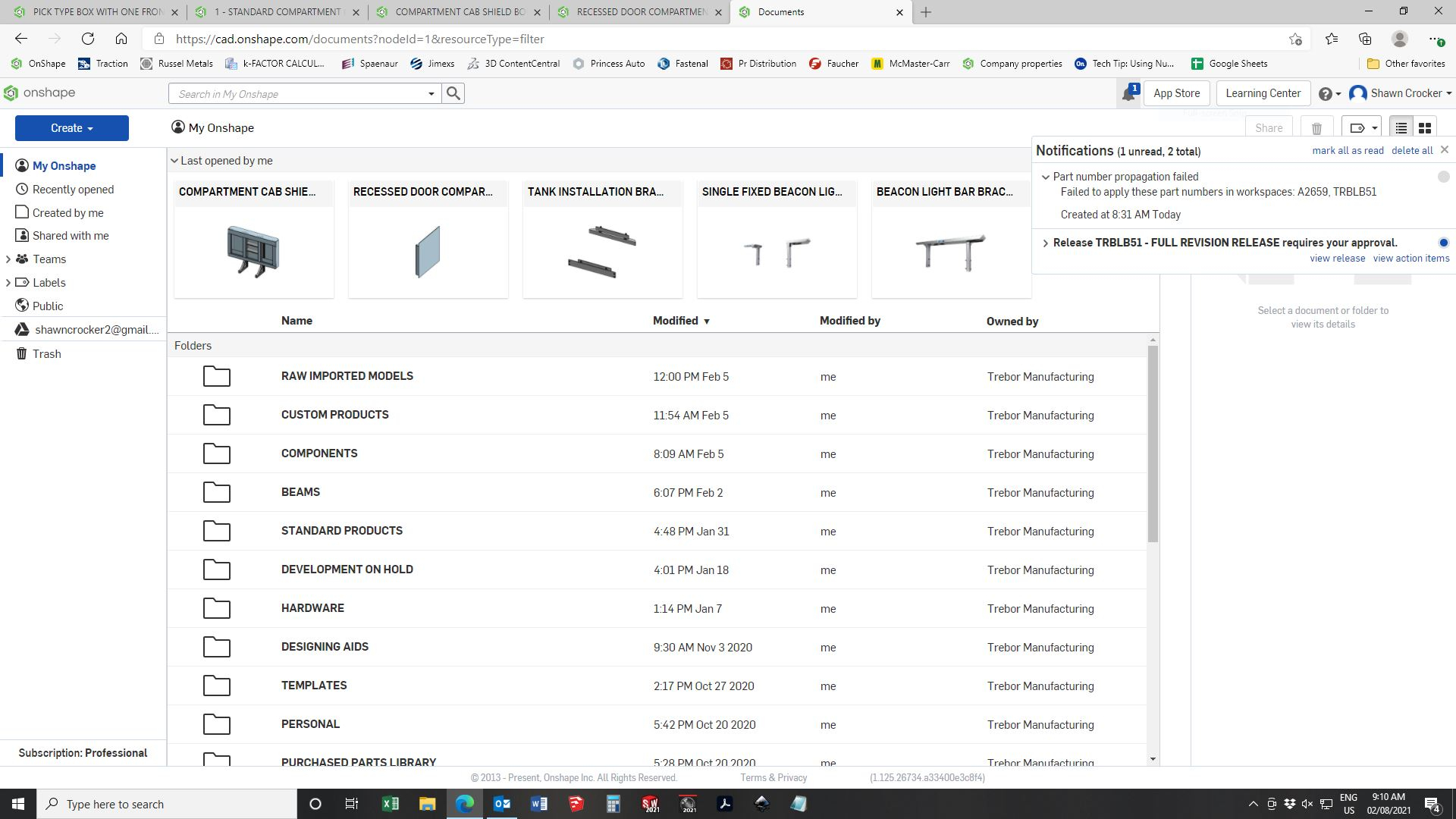