S1mon Member Posts: 348 PRO
November 2021 in Product Feedback
While Bridging Curves are useful, the behavior for curvature continuous curves is a little strange. A while ago I copied the standard code for Bridging curve and made some updates to the math to improve the control polygon layout. Let me go through an example... 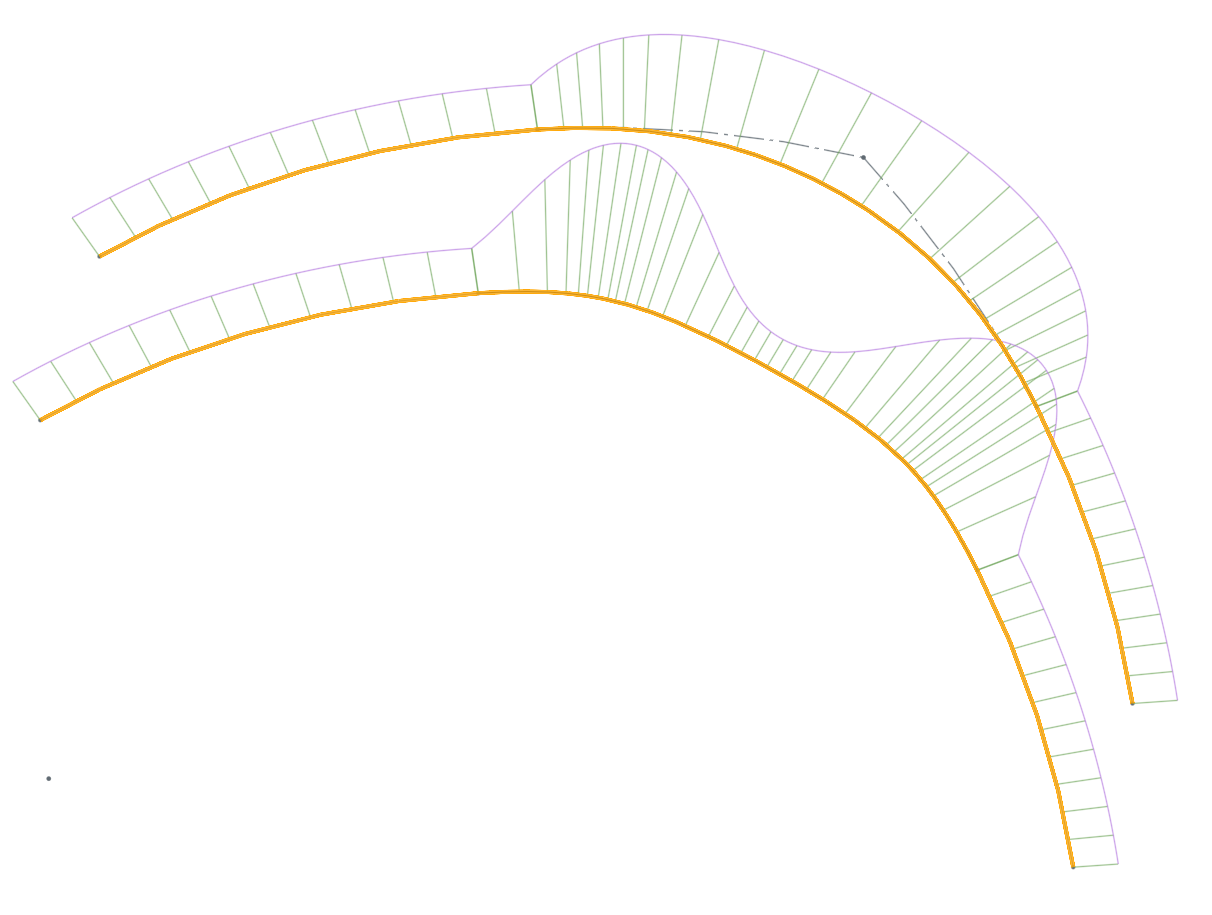 My version is the upper one, the lower is the standard. Both are on parallel planes with the same radius arcs as inputs to the Bridging Curves. Both have the magnitude at 1.0 and the bias at 0.5. Here's mine in edit mode, which has the control polygon shown in red. 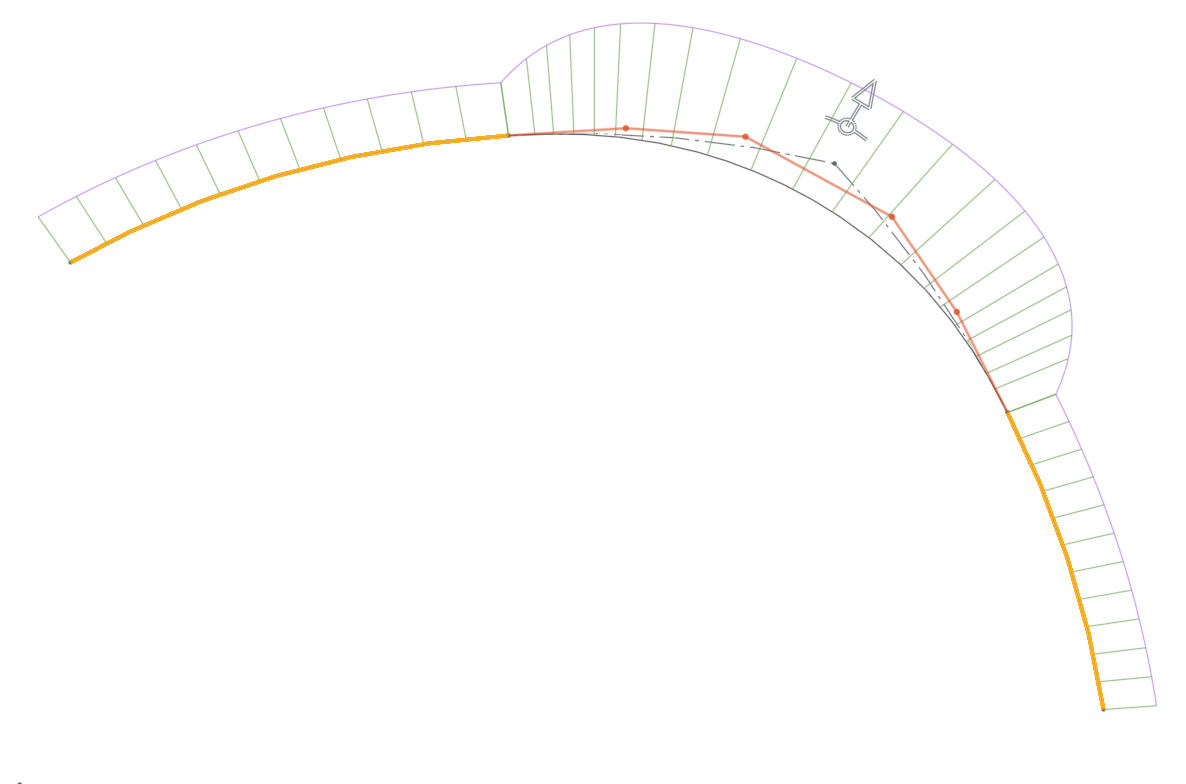 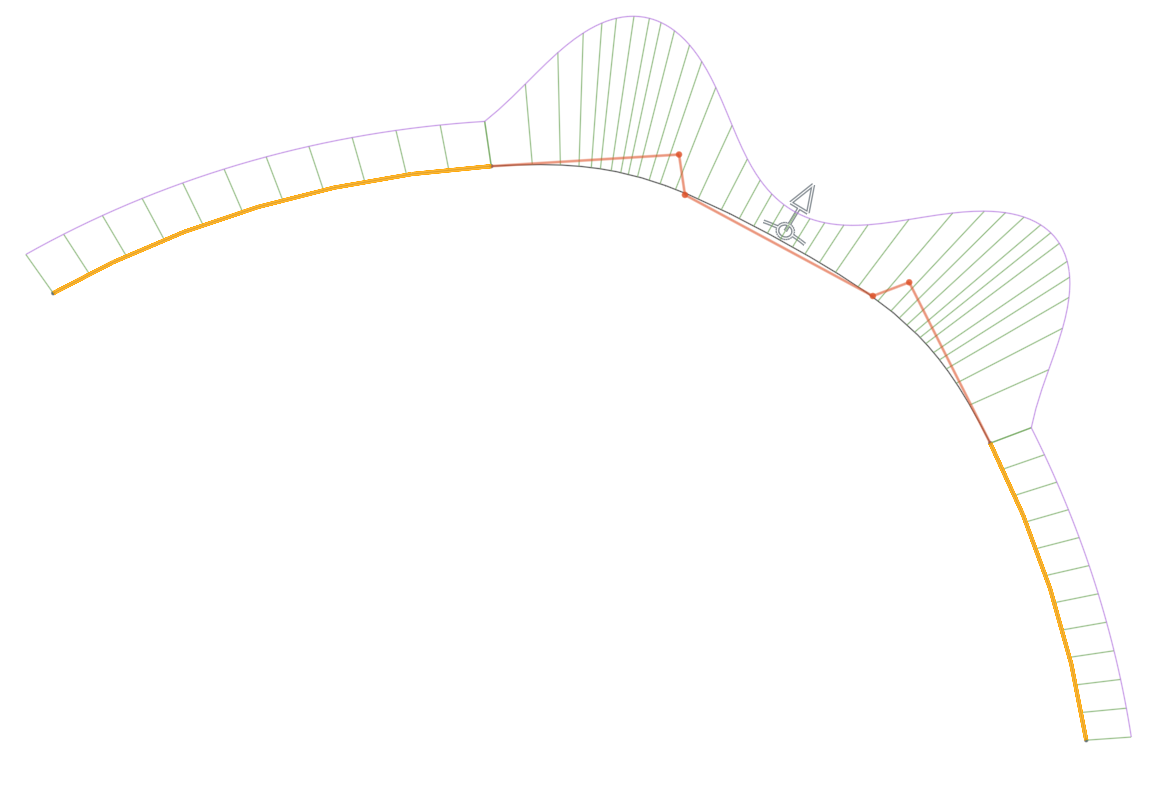 While the arrangement of the CVs is technically correct to give G2 at each end in the standard version, the shape and parameterization of the curve is not best practice. See Alias's Golden Rules for some great guides around managing and manipulating CVs on curves. The above CV layout violates the "spacing" and "distance" guidance from Alias.

With my version of the math, and a little tweaking of the magnitude (1.0->1.2), I can easily get something that visually approaches G3 at both ends: 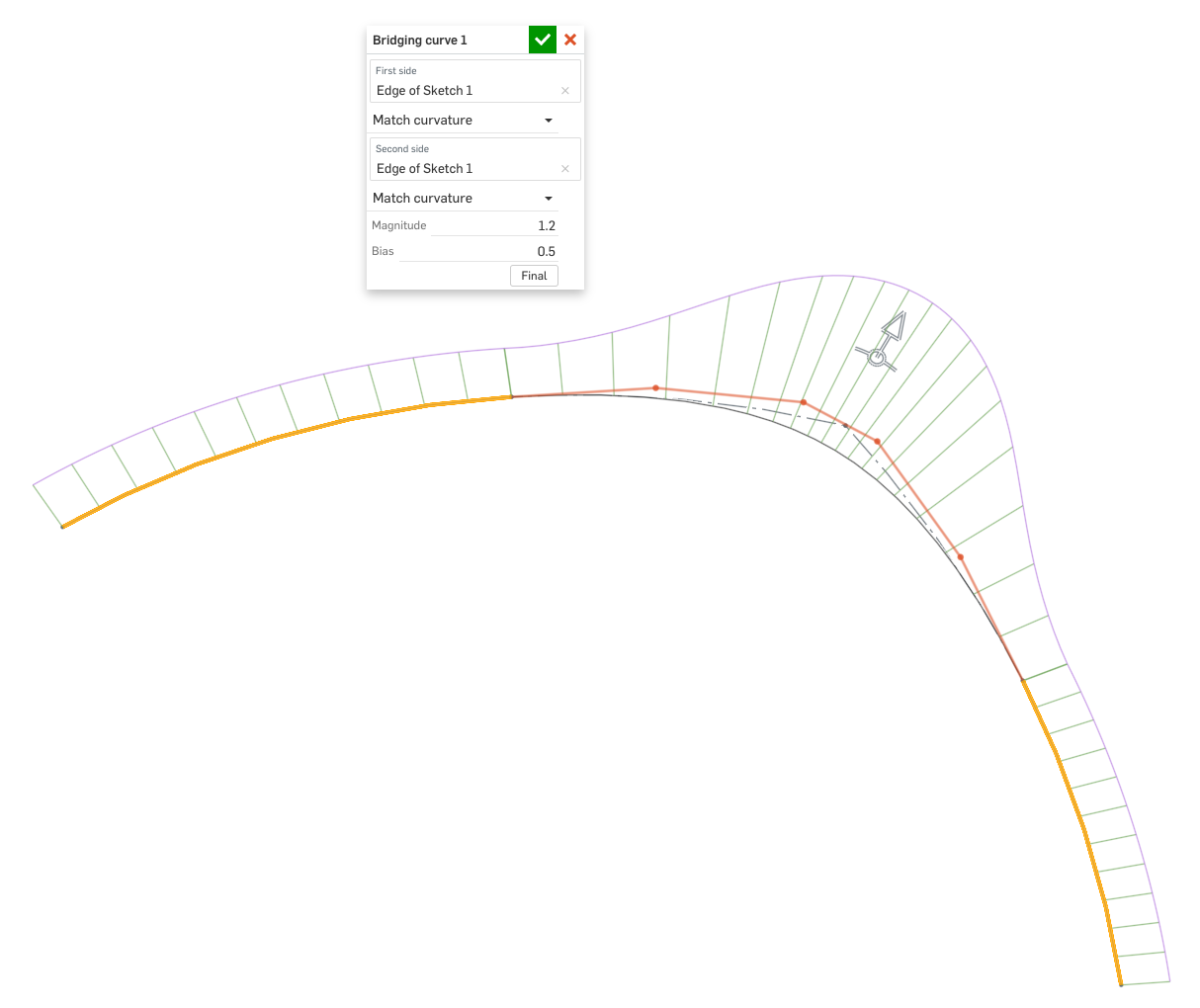 No amount of tweaking of the standard version will result in something with this smoothness. In fact it just gets lumpier when I adjust the magnitude in either direction: 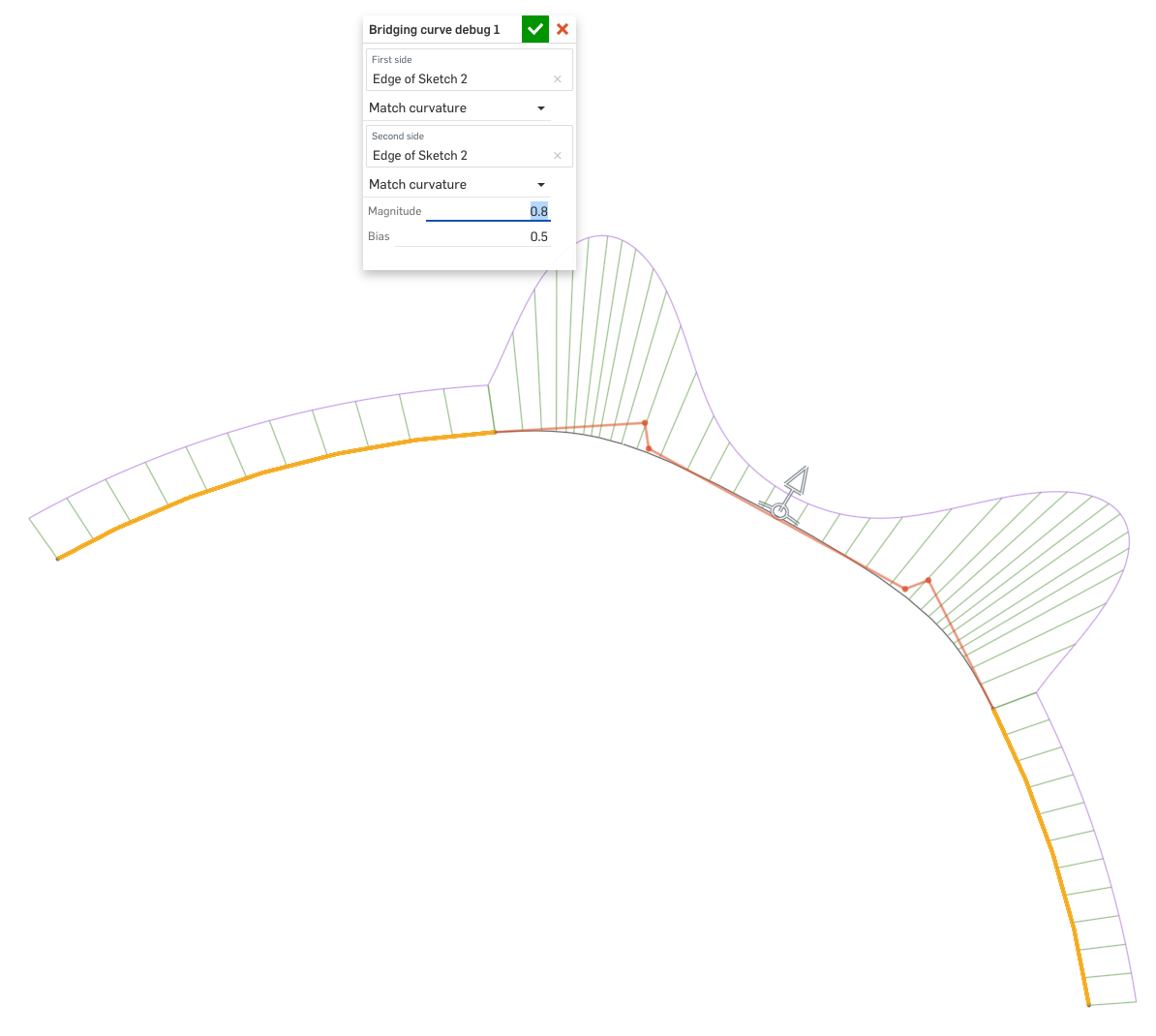 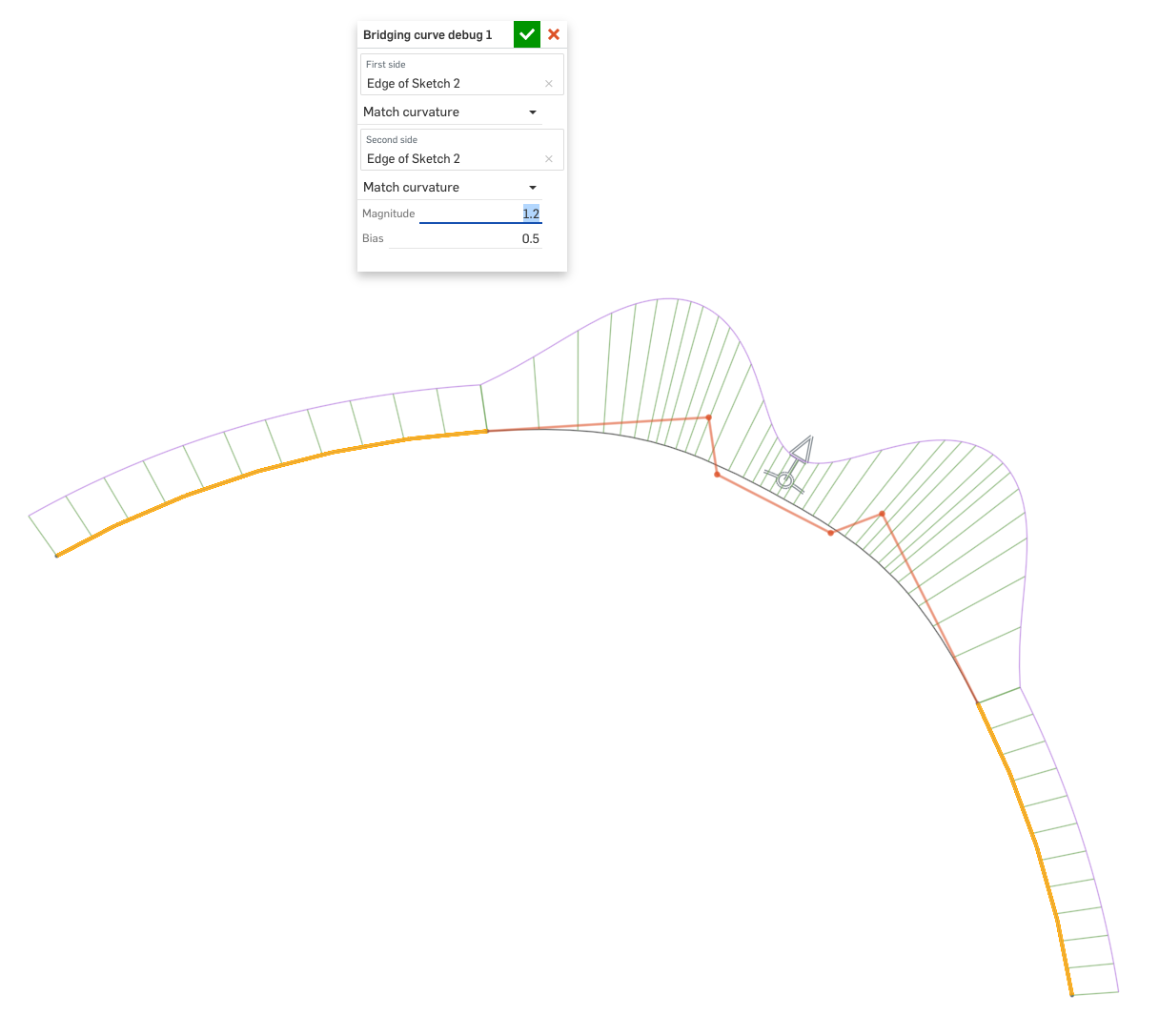 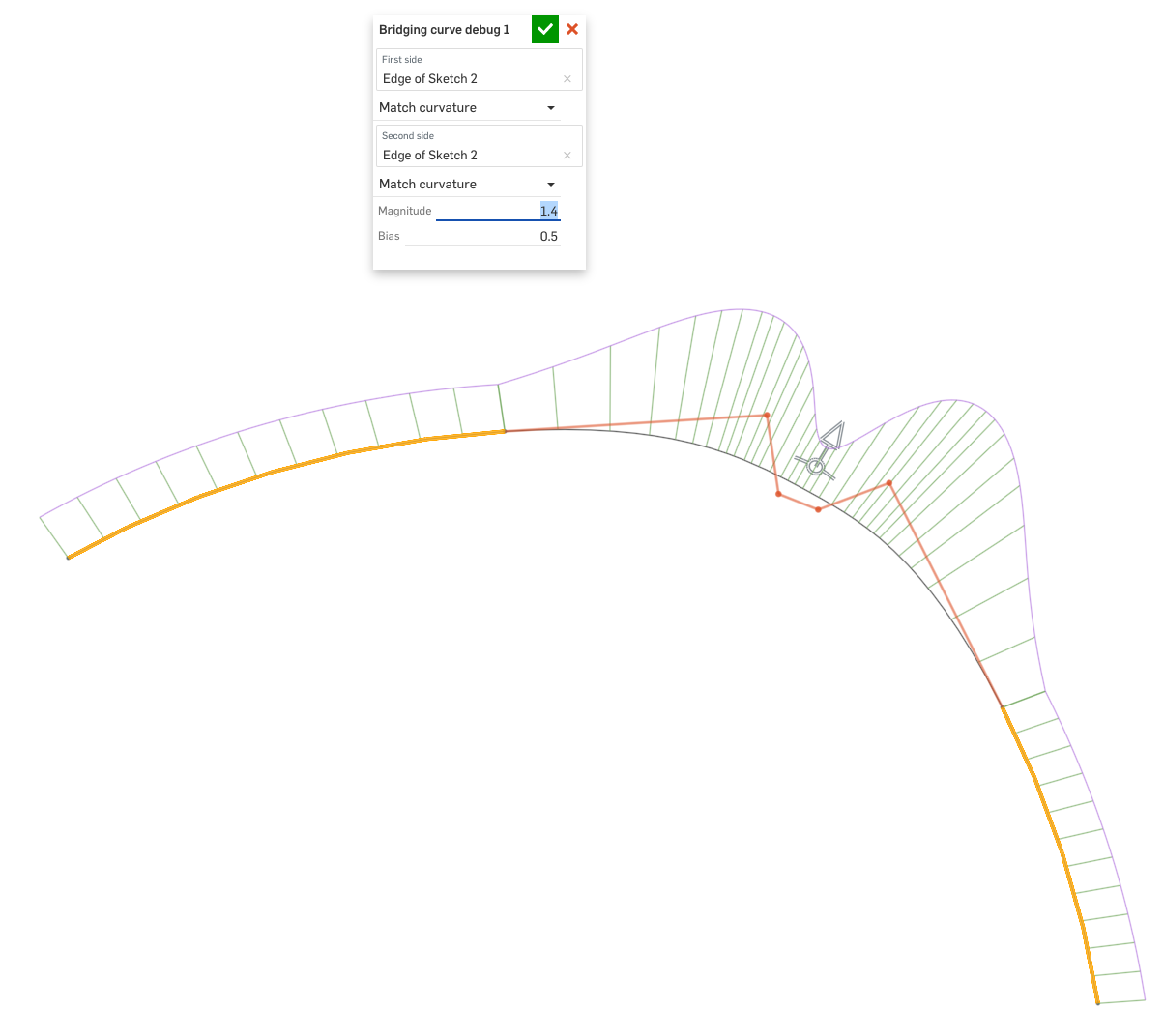 While it would be weird to fix this issue in the standard code since it would change the geometry of existing models, it really seems like this should be rectified somehow. I'd also like to make Bridging curves a little more general by doing some of the following: