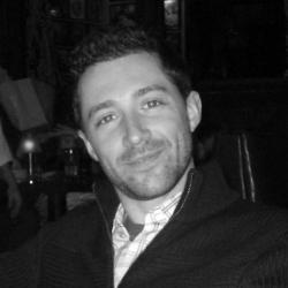 kinsleymark Member Posts: 35 ✭✭✭
October 2015 in Product Feedback
I appologize in advance for the length of this post! But I believe there is probably a certain audience that is considering using Onshape that would be interested in this.

I’m a professional Furniture Designer / Lighting Designer (trained as an Industrial Designer)
Not only do I create concepts for products (quick model studies, renderings, proof-of-concept geometry, form studies, ergonomic studies, etc), but often times I need to create the final engineered product and CAD models and drawings for fabrication as well.
Previously, I was 100% invested into SolidWorks. It gave me most of the tools I needed to do my concept work as well as the final engineering drawings. It wasn’t the fastest way to create concept models, but being able to tweak and seamlessly turn those concepts into manufacturable components and drawings within one system was worth it. Plus, having a rendering engine built in made it all very efficient. With one assembly model, I could go from concept, to rendering, to engineered parts and drawings all within the same system.
Because of my needs, I’ve been very curious to see how Onshape grows and which direction it heads. I’ve also been watching Fusion360 closely since they have been more aggressively pursuing the Maker / Industrial Design community.
Currently, Onshape doesn’t seem to be a good place for CAD “sketching” or concept ideation. (as someone has mentioned in another forum, Onshape is great at modeling a product that has already been thought out and designed). So for me, Onshape is a great solution for creating final CAD after I’ve figured out the design and the direction for a product.
My workflow has now been split into two phases:
PHASE 1 (concept work, ideation, rendering, etc). This is all done in Fusion360. Fusion360 is very buggy, but extremely feature-rich and lets me pump out quick concepts w/out worrying about file sizes, correct modeling procedures, or the number of documents I've created. The built-in rendering engine is also nice for quick visualizations — and if I need something more robust, I can export and open in Keyshot in just one click. Fusion360 also has a great sharing feature where I can send a link for any model or project and the receiver can view the model w/out having to sign up for anything. I can easily create dozens of variations of a design to compare and contrast and share before deciding on a final direction.
PHASE 2 (final engineering, production drawings). Once I’m ready to move forward with engineering and manufacturing a chosen concept, I’ll re-model the entire product from scratch in Onshape and finalize the product engineering there.
My concern is this: Is Onshape positioning itself as just an MCAD system for engineers? Or is it going to pursue the Industrial Design community as well? Is it going to be the all-in-one modeling solution that Solidworks was for me? Or is it going to just do one function (MCAD) — but do it extremely well?
As I mentioned in a previous thread: Fusion360 seems to be grabbing up users at a fast pace (at least in the industrial design / maker world). Their marketing campaigns and partnerships (with Core77, DeZeen, etc) are aggressively targeting designers, makers, tech startups, and industrial designers. If most of my colleagues end up using Fusion360 (which is the trend I see), that is where I'll need to be. It doesn't matter if it's a sub-par program right now -- I need to go where my colleagues are going in order to make full use of the collaboration features. (This is the same reason why I'm on Facebook. It's far from being a good product -- but it's where all the people are!)
I'd really like to see Onshape take the same approach that Autodesk is doing (targeting Makers, Designers, and semi-pro users) both from a marketing standpoint and from a feature standpoint. However, if Onshape only plans on just being an MCAD system, then great! They are doing a really great job! I'll still be a customer, but just a more limited one.
Tagged:
1