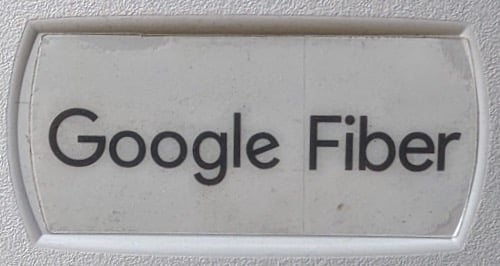 I am the 1st guy on my block to hook up to Google Fiber.

I'm not sure having the fastest cloud hookup matters with cad.onshape.com. My new Google fiber is faster than Att fiber, but it doesn't seem to make a difference with onshape. My hookup with rustyshed.com is affected by the connection but I'm not seeing the same results when hooking up to onshape.

I had Google run the fiber into my office vs. a utility closet in the back of the house where the Att router is located. This makes good sense if you want a fast connection. I'm now cabled into the main router.

The google guy explained the 1st router in any home network will be much faster than any subsequent extended or mesh type router. I'm running wifi 5 which apparently is using bluetooth for the slave routers and is really slow compared to the main router. Wifi 6 is better, and can perform 1gig download speeds over wifi, but the main router will always outperform it's slaves.

Having a faster internet connection doesn't seem to affect load times with onshape. Super fiber speeds and which router you're hooking up to doesn't seem to speed up onshape's performance.

So..... let's cut out all the middleman software.

Speed testing rustyshed.com results are about the same as an actual ping. It's because my server just sends the time stamp back and the browser computes the difference in time. Not much to do. Pinging cad.onshape.com gives an 8ms response time but the reported ping rate in the diagnostics always gives 70ms. I'm not sure the diagnostic time is a true ping and is probably more of a speed test showing time to cascade through load balancers and other cloud servers before reaching the one you're actually talking to.

Why can I ping cad.onshape.com and get a great response time 8ms and yet when I run diagnostics I get 70ms?

Anyway, the moral of this post, your connect speed to onshape doesn't really matter.

I'm not complaining, it's still faster than most CAD systems loading off of a corporate network drive. I was just hoping to see some improvements when using faster connection speeds and it makes me wonder if onshape is throttling response times trying to balance traffic? The response time from onshape is the same using all these different connecting schemes which makes no sense to me.


So let's run some speed tests

Google fiber connected by a cable

I did not hook a cable up to the Att router because it's in the back of house, it's not accessible or I'm too lazy. 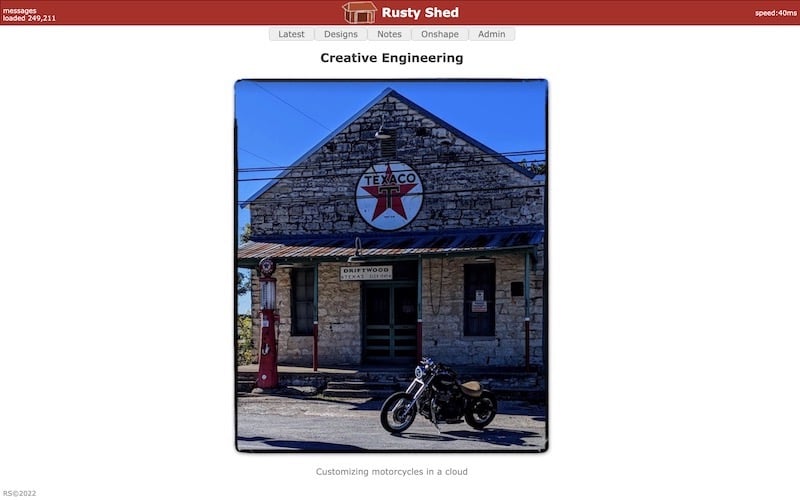 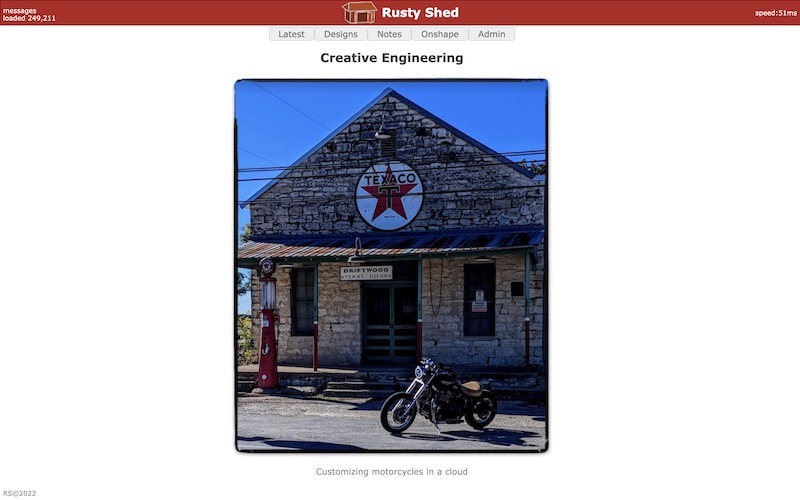 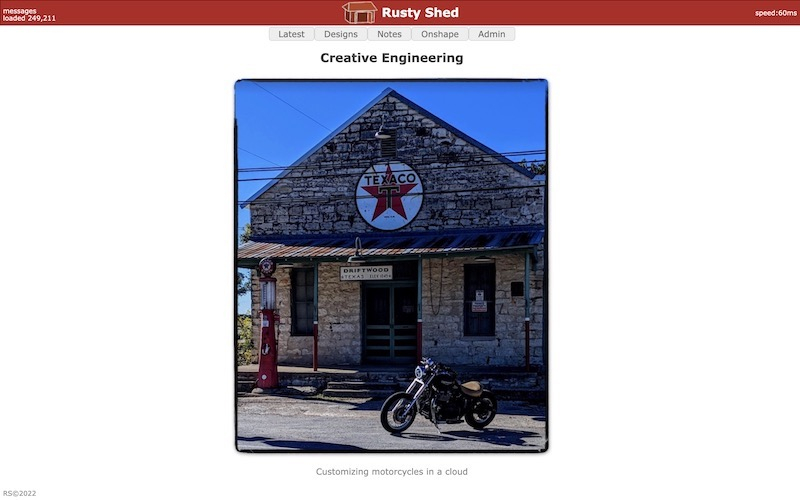 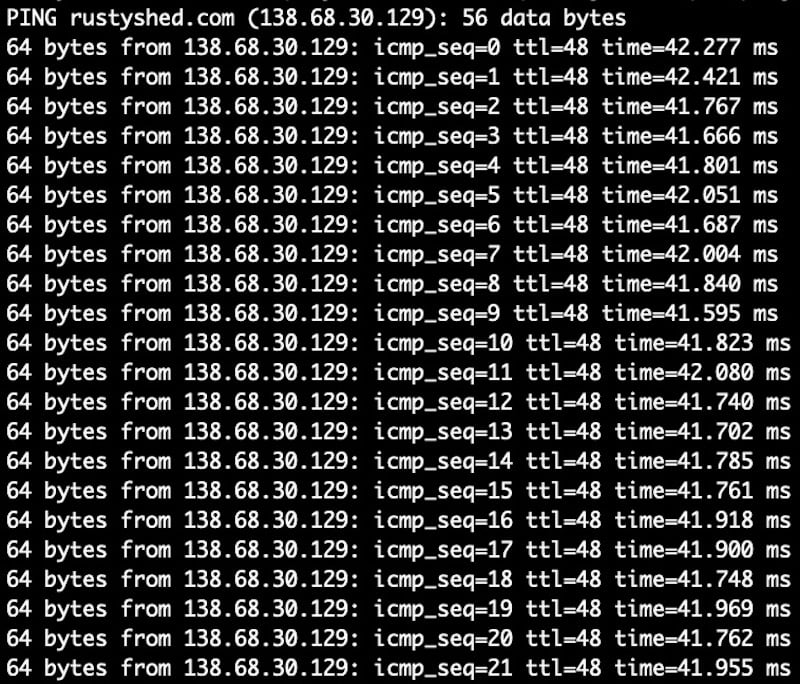 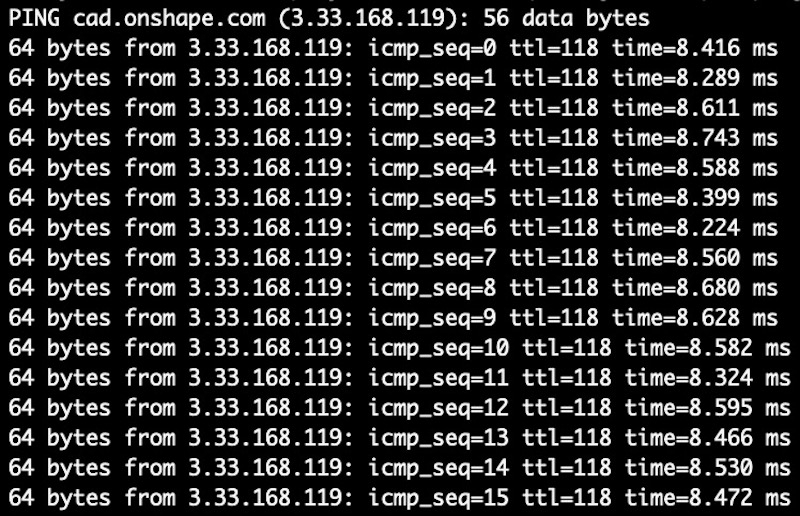 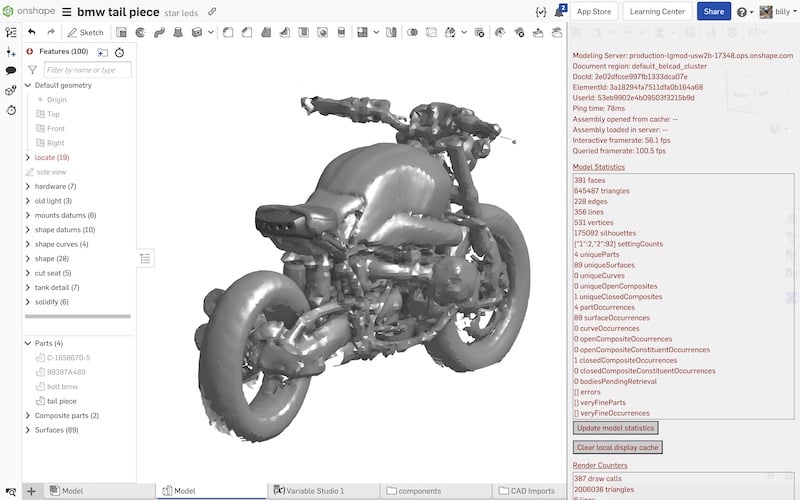