3dcad Member, OS Professional, Mentor Posts: 2,441 PRO
July 2016 edited July 2016 in Using Onshape
I'm playing with production line layout with multiple machines, robots and conveyors. Some of the units are fully designed in Onshape some partially (assembled) and some are imported by suppliers.

First version is easy to create, just add subassemblies one by one into main assembly - robots (assembled in Onshape) remain movable with realistic limits, imports are flattened & grouped to work as placeholder, newly created parts are mated into existing geometry.

But then supplier import another step, conveyor V2 or machine v2 - what then? Remove old version, lose all mates on that and insert new flattened & grouped subassembly and recreate all mates.. Do this untill V13

OR teach Onshape to everyone involved and force them to modify models in Onshape - good option but not very realistic.. 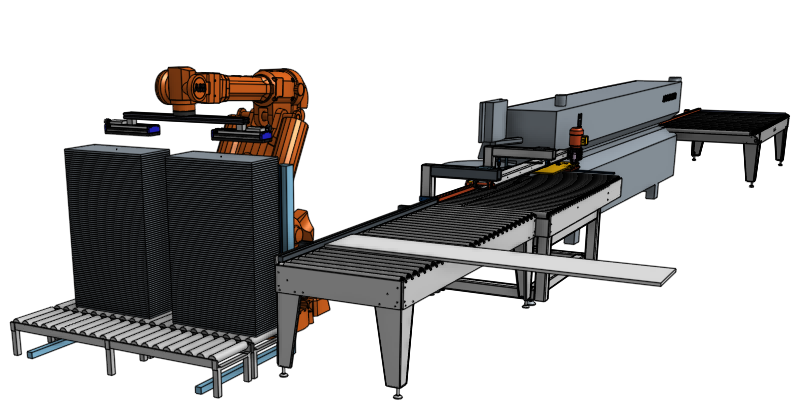 And I wan't to change the first conveyor to a wider one. Ok, supplier uploads another conveyor into my shared document.
So now I have a new conveyor as step file - how would you make the change efficiently? @philip_thomas @jakeramsley @NeilCooke @lougallo