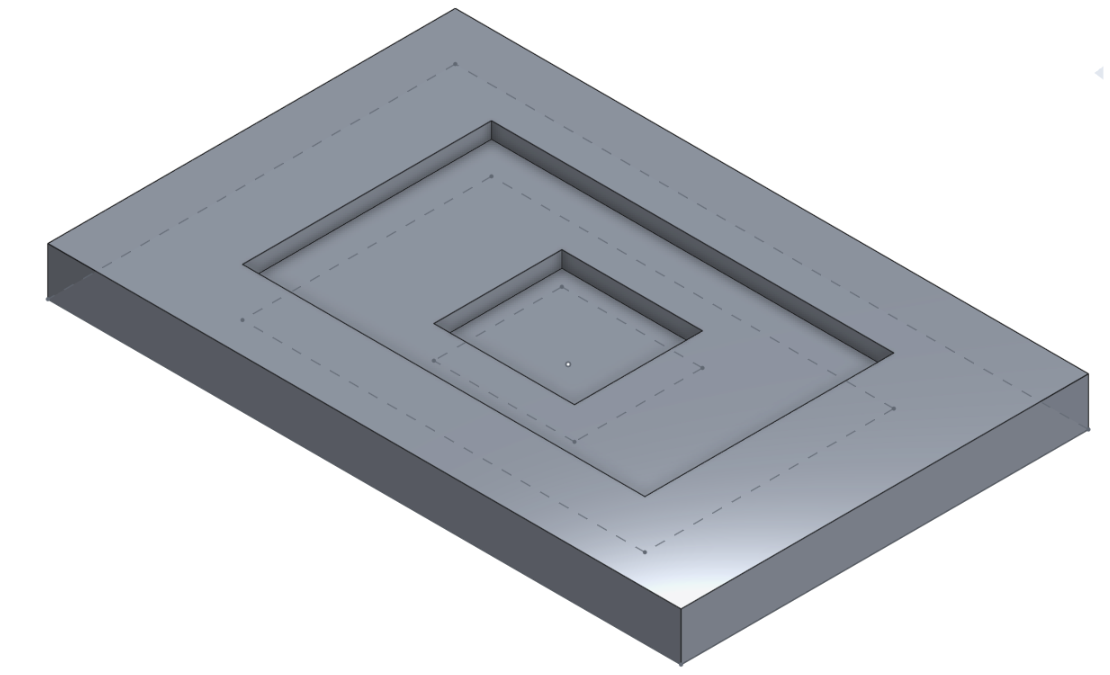 The various extrusion depths are hidden away as feature settings.  This makes them difficult to modify.  In a real project, where the proper extrusion depth could depend on other surfaces (rather than blind distances), it would be even harder.  I'd like to control the extrusion endpoints from a sketch in the front (or side) plane, partially so I can have them all in one place, but also so I can constrain them with other things.

I know I can create a sketch on the front plane and Use some edges to get this:

Which does, at least, let me constrain future geometry based on the extrusions.  But it doesn't solve the root problem of constraining, or even explicitly defining, the extrusions themselves.  I can't, for example, set a dimension between the top and bottom edge – because, I guess, that would require the dimension to "go back in time."

I can draw the front sketch manually before the extrusion and then use the "to vertex" extrude option, but that seems like a bit of a hack.  In particular, if the top sketch surfaces are nontrivial, I won't be able to hand draw a "poor-man's-projection."  And then the front sketch loses a lot of its ability to convey intent.  (A Use won't work here, because, again, that would require time travel.)

How is this typically handled?  The last time I used CAD seriously was something like 7 years ago – I guess it must have been AutoCAD.  Do I need to retrain myself to think differently about how models should be built?
Tagged:
0