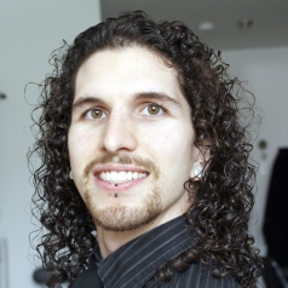 Phil_Dyze Member Posts: 9 PRO
June 2019 in Product Feedback
I know this is a massive feature to add, but I think it could be very useful and innovative.
The concept of layers is very common with 2D design, both with vector and pixel-based software. I think we could greatly benefit from implementing this in a 3D software.
CATIA has something similar. The "Hidden space" allows users to have multiples (often hidden) bodies attached to a part. When you place a part, you have access to a hidden body called "DrillHole" which is actually a negative body used to clear the part, make hole and threads, emboss text, etc.

It would be amazing if we could link bodies together in OnShape Part Studio, then specify the purpose of each one.
Then there could be a feature to remove the drill hole body, similar to a simple boolean feature where the layer is tagged as being used for drilling or clearance and recognized by the feature.
The same pattern could be used to add material, such as when a component needs a flat surface extruded over a part.

There could be a visibility function where some bodies could be automatically shown and hidden based on their "layer tag", such as the previous example with tool clearance. And why not having an interference feature that checks the clash between the main bodies layers and the tools layers?

These are few ideas, and I think anyone would find more and more useful ways to have more than just 1 layer of 3D bodies.
Tagged:
3