Standard Parts - what is the best way to reuse them? 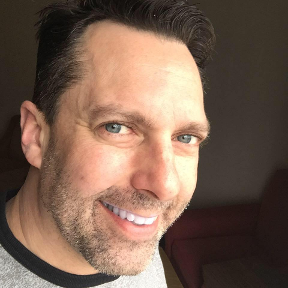 The topic of standard parts comes up with enough regularity that I thought it would be worth having a discussion here. In an ideal world there would (will) be integrations with content aggregators and part vendors AND there will be inter-document relationships - both of which will make the current situation a lot easier. This thread is an intellectual exercise to poll the collective minds of Onshape users to answer the question;

What is the most practical solution today?”

This is a first attempt at looking at the issues and offering a solution. Many of you will think there are better ways - that is what the ‘reply’ button is for

For one-off purchase or standard parts, simply uploading that part into your current document is an obvious route. It might make sense also to create an “Acme standard parts document” - a document containing multiple tabs, each containing an approved part/sub-assembly. When you want to use one, copy and paste that tab into your target document. Have the standard parts document always open either as another tab on your main browser window, or as a separate browser window on another monitor to make this quicker/easier.

But what about items that are typically ‘configured’ and more importantly, sometimes substituted? Here think of fasteners.

I wondered what it would take to develop a methodology that would allow a user to insert a named fastener into an assembly and then have the ability to substitute one fastener for another without having to reinsert and re-mate the replacement. Here is my first pass.

There are three (public) documents for you to play with (in the order we will look at them);

If you switch to the ‘Top Screws’ tab you will see that there are a series of features that produce a single body (part) and that it looks like there are 3 different lengths of an m3 and 3 different length of an m5. You can probably also guess that because all but the m3x10 features are suppressed that you are looking at an m3x10 and you would be right. The actual features are an extrude that creates an encompassing cylinder and a series of ‘delete part’ features that selectively delete all but one of the bodies imported into this part studio and finally a boolean that intersects all the bodies present to produce a single result. The feature list is rounded off by a mate connector attached to the origin.

There are some nuances to this worth pointing out.

Ok, so how did those part studios get into this document.

They were copied and pasted from a standard parts document - http://bit.ly/OnshapeSampleStandardParts

This could possibly be a single document into which your company puts all approved standard parts.

Ok, so continuing to work backwards, the next obvious question is “how did you get the bolts into the part studio?”

The answer is in the 3rd document - http://bit.ly/OnshapeStardPartsDocumentBuilder

I started by downloading the fasteners from a content aggregation site (it happened to be my favorite McMaster, but you can use any source) and then uploaded them into this document. Uploading downloaded cad files creates one tab per upload.

Next, translate the assembly into a Parasolid tab, and then translate that tab back into the Onshape format making sure that you select the ‘Flatten’ option. Now you have all the parts in a single part studio.

In practice, the workflow is not that hard. That said, I am hoping that this group can improve upon this process and as we refine it, i will start making videos so that we can show a wider audience what we came up with!