Help needed to create a frame around a part

I'm stuck, and I need advice.

There is this part I've made, and around which I want to build a frame: 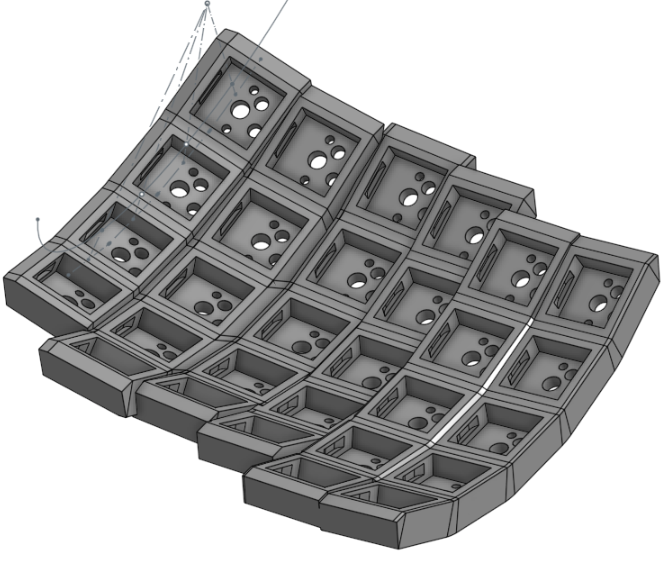 Sweep an edge to create a surface, extrude 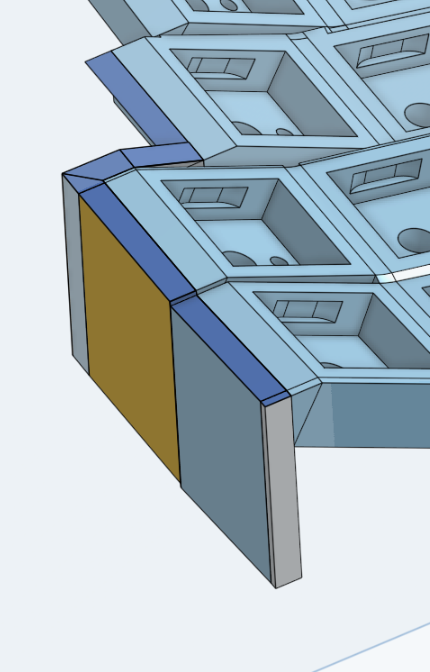 I created a sketch, and tried to sweep that along the "top edges". It cannot be done in one step, I have to do that 3 or 4 times per side, with a new sketch and sweep every time. At the least change in the original part, everything will break. 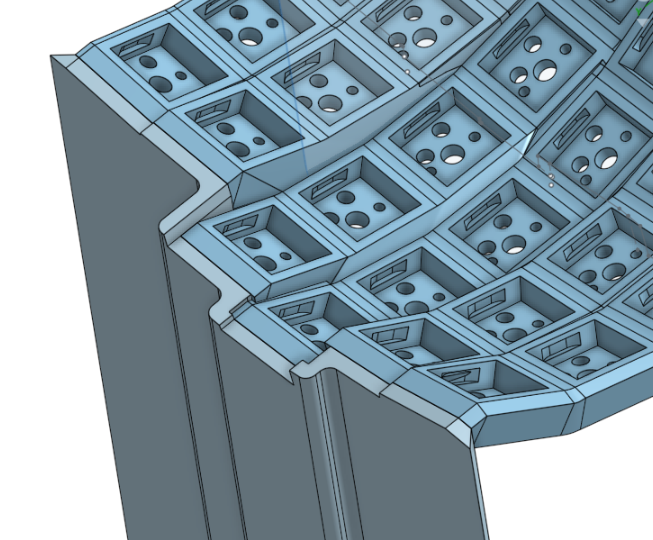 I tried projecting the top edges to the top plane. In that sketch, I could define a new "outer edge" of the frame, which is nice. Extruding that part looks nice.

Next step is how to split the new part so that its top edges are flush with the original part. As seen in the picture, I tried to project the top edges to a vertical plane, extruded that to get a surface to split with.

It looks alright, I think it's the best I have so far.

On the south wall though, where there is a missing slot in the original part, splitting correctly is quite finicky: 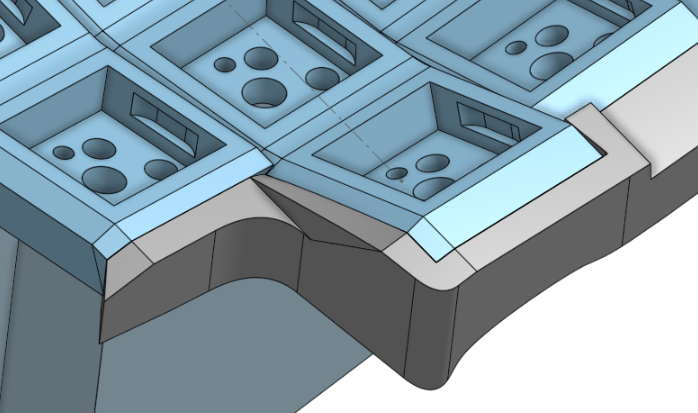 Probably going to break at any change.

Thicken to a new part 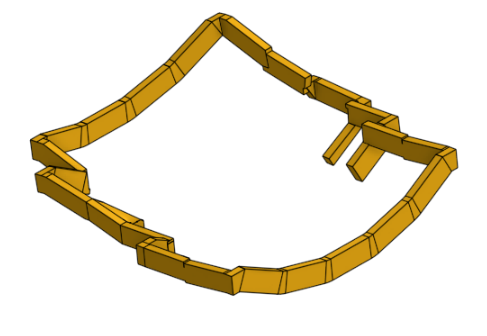 Here I've thickened all vertical walls of the original part. It was a pain, and had to be done in several steps (not sure why), then unioned together. Here again, a change in the original part and everything will fall apart.

I mean, look at this: 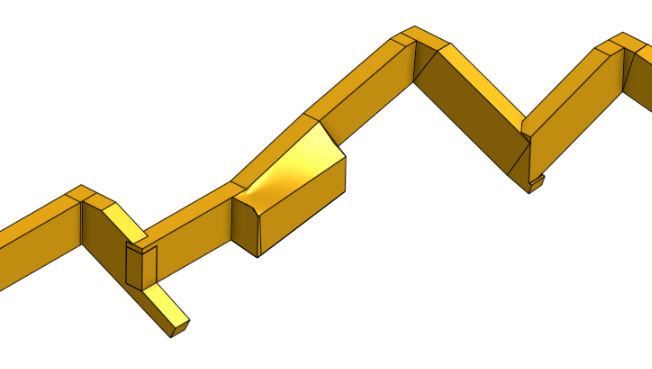 And then there'll be the problem of doing a shelf for stopping the original part from sliding in too far. And 3D-printability.

So what I'm asking here is: how would you create such a frame? What would give the best result? The easiest way? The most resilient to changes in the original part?