How to create this 3D sketch in Onshape?

We have got this 3D bent spring wire in our product. In SW this already was some hassle to set up using 3D Sketch because it would suddenly give an overdefined sketch for no reason when adding tangent relations between multple arcs in a 3D sketch. However, it was fixed by adding small straight pieces (0,01mm, as you will see in the pictures) in between the arcs and it all worked fine.

That is all history. Now I would like to remodel this wire in Onshape. There is no 3D sketch, and a spline is not what we want. When trying to make multiple planes to create this shape, the problem arises that the location and orientation of the planes depend on dimensions cannot be defined yet. In the right picture below, the orange start and end lines (40 and 120mm) can be defined using 2 planes. The 3 arcs in between can be placed on 2 other planes (the R30 on one plane, and the two large radii on another plane), but where these planes should be in space totally depends on all of the chosen dimensions of the arcs. 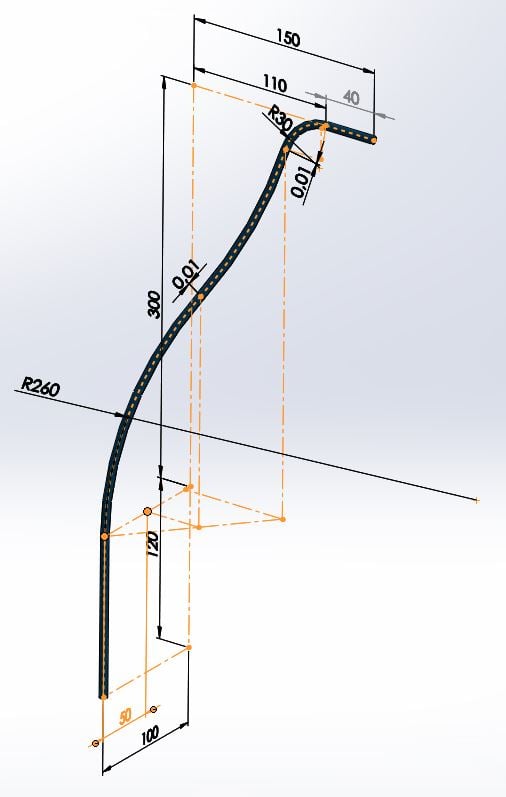 Does someone know how to create this shape in Onshape right now?
Tagged:
0